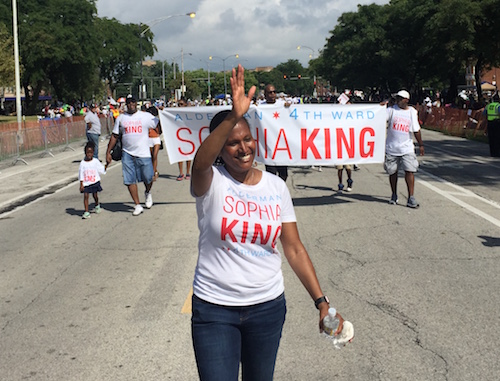 Sophia King’s story is Chicago’s story. Like so many Chicagoans, her parents came to our great city seeking opportunity and a better way of life.

Before moving to Chicago almost 35 years ago, Sophia grew up in Evanston, Illinois. Her family hails from Mississippi, so as a child and young adult, she spent considerable time in the state. After her parents were extended the opportunity to attend Northwestern University in Evanston, the family relocated to the Chicago area. By example, her parents’ path demonstrated the value of education, hard work and how the power of opportunity can impact one’s life trajectory.

As she matured, Sophia never disconnected from her roots or from those who instilled the value of family and of relationships, and she came to appreciate that a happy life is not defined by monetary accomplishments. These values took root during a diverse upbringing which included attending schools in Evanston, Illinois and in Jackson, Mississippi, and through spending summers in the Mississippi Delta. Sophia went to school in diverse classrooms in the North, and by contrast saw Klansmen wearing white sheets from her school bus in the South.

Her mantra and life-lessons are: that happiness should be the true barometer of one’s success; to judge people by the content of their character; that everyone puts their pants on, one leg at a time. As a result, Sophia has served her community over the years in a variety of capacities, particularly as an advocate for parity in opportunity and resources.

Professionally, Sophia has been instrumental to opening doors of educational opportunity within her immediate, and greater Chicago community. Through her work at the Latin School of Chicago, she was driven to help found the Ariel Community Academy — established to provide North Kenwood-Oakland residents with the same quality education that her students at Latin received. Further, Sophia utilized her Master’s Degree in Education and Social Policy from Northwestern University to diversify classes at the Latin School and promote Co-Curricular education at Chicago Public Schools. Sophia knows it’s time we had an educator in the mayor’s office who will make improving schools in every corner of the city a top priority.

Before going into public service, Sophia actively connected residents in her community to address some of the largest problems in the city. Whether fighting for youth programs as president of the Kenwood Park Advisory Council, advocating for women’s reproductive rights as Vice President of Planned Parenthood Chicago, creating a community response to gun violence with The It’s Time Organization (TITO), or educating and empowering African American women and businesses with Harriet’s Daughters by advocating for more inclusion in city and state contracts, Sophia has skillfully brought people together and engaged them in productive dialog to address complex challenges. She has continued to use this talent during her tenure on the City Council.

As Alderman, representing parts of Downtown, the South Loop, Bronzeville (Douglas, North Kenwood, Oakland, Grand Blvd), Kenwood and Hyde Park, Alderman King has worked on the front lines on crime and public safety issues. Every community meeting she attends, every day she works with her two police commanders, every shooting incident – Sophia King sees firsthand that we can’t keep doing what we’re doing as murders, shootings, and carjackings continue to plague our city.

Sophia fought to both reform the Chicago Police Department and ensure they have the resources and personnel to better stop the violence which all too often breaks out in our communities. She rejects the one-dimensional calls to either arrest our way out of our public safety issues or defund the police. Chicagoans deserve a police force which is both responsive and accountable, dedicated to solving violent crimes and determined to work with the community. Sophia believes Chicago has broad enough shoulders to both support its police and hold them accountable. We can end the false choices and move forward into a safer Chicago together.

As Chair of the City Council’s Progressive Caucus, Sophia led the fight for a $15 minimum wage in Chicago. King carried the measure through the City Council because every Chicagoan deserves a living wage. She knew that as prices at the gas station and grocery store continue to rise, many minimum wage workers simply get left behind. After her ordinance was passed 400,000 Chicagoans got a raise and 100,000 Chicagoans were lifted out of poverty. She also helped bring her colleagues and other stakeholders together to create the Civilian Office of Police Accountability. And led her caucus and the city council to usher in one of the most progressive budgets with resources for violence prevention, mental health and housing to name a few.

A consensus builder, Sophia King led the former Michael Reese Hospital site that sat vacant for decades into a national model for equitable development. Where real community benefits and real community input will create jobs, affordable housing and a development that will benefit Bronzeville residents. Unlike one-sided, developer-friendly megadeals, the Michael Reese Development brought business and the community to the table, making it a win for seniors and long-time residents. The Michael Reese development aspires to achieve 60% minority participation and a path for young people in the neighborhood to enter apprenticeship programs that won’t just help them earn a job, but build a good-paying career.

In addition, Sophia encouraged firms that do business in her ward to go above and beyond the city’s weak goals on minority hiring. While the citywide goals for minority participation in projects is now 26%, in Sophia’s ward minority participation often exceeds 40%. While others talk about making sure Black and Brown Chicagoans get equal opportunity at new jobs, Sophia makes it happen.

Sophia King believes every voice is important – and Chicagoans in every part of the city deserve the opportunity for a vibrant future. Sophia’s family came here in search of a better life and she wants to restore the promise that so many families feel is slipping away. Now, Sophia King is running for mayor because we need a new direction and we deserve a safer, stronger Chicago. That starts with a Mayor like Sophia who listens thoughtfully and leads boldly. 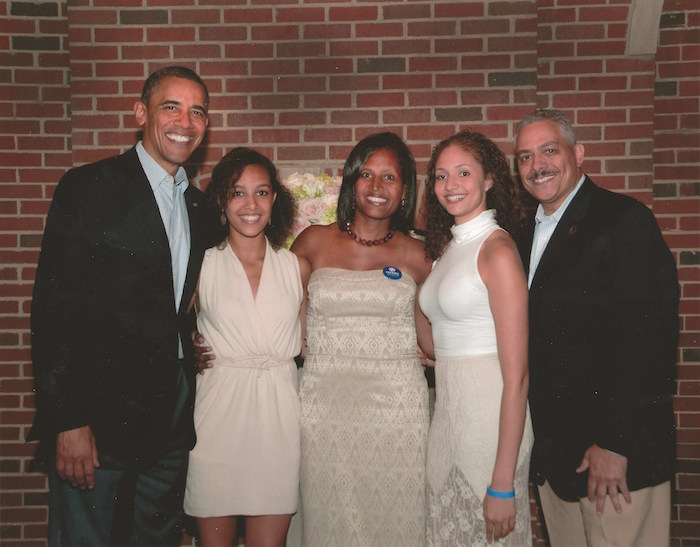