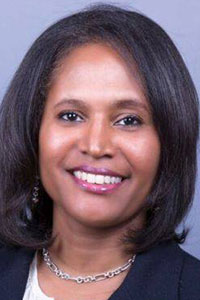 Responses to our questions

Q: Why should voters elect you and not your opponents?

In these changing times for Chicago, the 4th Ward is in need of independent proven leadership.Ideas and talking points are great, but the residents of the 4th Ward have an expectation of leadership that gets things done for the community. In my short time as alderman, I have already achieved major initiatives from issues that have affected blocks for years, to initiatives like Ida B. Wells Drive, that will inspire young girls for generations to come.

Q: What do you see as the city's number one challenge in the next four years?

I see revenue as the biggest challenge Chicago faces in the next four years. As legislators we need to focus on finding progressive revenue streams to face the financial challenges of pensions, funding education and promoting economic development in blighted areas.

Q: Do you favor or oppose a city-owned casino in Chicago?

I am definitely against a city owned casino in my ward, in general I am against them in communities at all. They tend to have a deleterious impact on communities especially in under resourced communities.

Q: Do you favor or oppose electing Chicago's school board?

I support efforts in the Illinois General Assembly to create an elected, representative school board for the City of Chicago.

Q: How should CPS respond to shrinking enrollment?

Creating strong vibrant neighborhood options would mitigate shrinking enrollment. Putting more resources into neighborhood schools would not only impact education but would also stimulate economic growth. Families choose communities because of strong schools. Density brings neighborhood amenities and stimulates economic development. A strong viable neighborhood community option would have a strong co-curricular component that would help keep students engaged in positive activities and curtail negative behavior. Residents with options are leaving the city and seeking better public safety and better resourced public education.To stem this tide, we must aggressively focus investment in traditionally disinvested areas and combat high Black unemployment in the city to keep families here in the CPS boundaries. Furthermore, I support a moratorium on charter schools in the city until a detailed analysis of the impacts of shuffling children is completed.

There is a direct correlation between concentrated poverty and crime. Violent crime is a symptom of broader issues that need to be approached holistically. Access to strong public neighborhood schools, jobs and strong mental health care is an essential part of this unbalanced ecosystem. We need more co-curricular programs that engage our children and keep them off the streets. We have been able to help some of our neighborhood schools with resources for co-curricular programs such as soccer and chess. Addressing these disparitieswill help mitigate crime. Demanding more accountability from our police, parity in how resources are distributed and diversity and training in workforce is important as well. We were able to introduce a Safe Summer Initiative, which extended safe passage to the summer for the first time. It brought jobs,youth engagement and collaboration with police to improve safety during the summer months. We have also worked to establish more block clubs to increase communication block by block. In addition, we need to allow people with non violent drug crimes to be able to be active citizens again. We need wrap around services to help children in bad situations get the support they need. Finally, we need restorative justice programs in Chicago Public Schools to end the schoolto prison pipeline

Q: What's your strategy for dealing with the city's pension crisis?

We need to focus on long term, sustainable, progressive revenue sources to stabilize our pension funds. We must work with Springfield to pass a progressive income tax that asks the very wealthy to pay their fair share, while reducing the burden on working families. I oppose a constitutional amendment to reduce protections for pensions for public employees. A pension is a promise and elected officials we are held responsible to fulfill those promises. Further, I amkeenly aware of the degree to which our retired city employees make up the backbone of the middle class in many of our communities. To destabilize the retirement security of those retirees--who also cannot rely on Social Security--would, in effect, be devastating to our local economies and have widespread negative repercussions. I think there is room for negotiations with new employees who have no expectation or agreement and can plan accordingly for their future.

Q: Should the use of TIFs continue or should they be phased out? Explain your reasoning.

While TIF can be a smart and effective investment tool, the City of Chicago has a history of failing to ensure that TIF money goes to projects and developments in areas that need it most. I strongly support TIF reform efforts, including the Progressive Caucus' "Back to Basics" ordinance and initiatives to codify a process by which TIF will automatically be surplussed and funds be directed into CPS when CPS is in financial distress. I also support the Garza-CardenasTIF surplus reform ordinance that would ensure TIF surplus dollars are automatically directed to funding CPS when the school district is considered to be in financial distress.

Q: How would you address the city's problems with lead in drinking water?

It is clear that this must be an urgent priority for all of our city's lawmakers. We must replace lead service lines quickly. While it will come at a cost, the cost to our public health from lead exposure is even greater. There is no safe level of lead exposure for our children. I supported Ald. Gilbert Villegas' proposed reasonable real estate transfer tax on home sales of $750,000 or more to fund lead abatement. While that proposal has stalled, it was the only serious proposalthat has come in front of City Council to address this urgent issue.

Q: If you believe Chicago needs new tax revenue, where do you think it should come from?

I strongly believe we must work with Springfield to pursue a fair, progressive income tax that asks the very wealthy and big corporations to pay their fair share. I also have advocated that the City Law Department allocate more resources to appealing under-assessments of properties, especially downtown skyscrapers, during the Berrios administration. Finally, I support the legalization and taxation of recreational marijuana.

Q: What should the city council do to make itself more independent from the mayor's office?

The city council needs its own legal and legislative team. It needs to create priorities and align the budget with those priorities. This upcoming mayoral change will give us the opportunity to be more proactive.

Q: What's the most pressing issue facing the people of your ward and how would you address it?

Jobs, good neighborhood schools and public safety are among the most pressing concerns we face as a community. Mental health, how we engage our youth and elders are also important to a strong ecosystem. We need to make sure that we continue to bring jobs and economic development to under-resourced communities. And we must continue to find opportunities to hire and train our most vulnerable populations. I am mindful of local hiring as development comes into the community. I am also committed to true parity and opportunity in contracting and senior level positions. 4400 Grove, formerly known as Washington Park Court, is a prime example of our efforts to make sure that there is parity and equity in projects taking place in the 4th Ward. The new mixed-use development on the 4400 block of South Cottage Grove will bring 162 additional housing units and much needed retail/commercial space to the community, but it will also bring jobs. The project pairs a majority firm with a African-American owned general contractor, and it will have a significant number of Minority Business Enterprises (MBEs) as subcontractors. Seventy-nine percent of the sub constructors are minorities, and of those numbers, sixty nine percent are African American owned firms. Most of the firms are committed to having a workforce that reflects the community. In addition, we are dedicated to working with the community and its many self-made leaders to promote our neighborhood public schools, and in turn, our youth. We are building stronger co-curricular programming in the 4th Ward, providing much needed relief to kids and their families who need options to keep students off the streets and in school. As co-founder of Ariel Community Academy in the North Kenwood/Oakland area, I have learned a great deal about the challenges and triumphs of our city's educators and their students. We were also able to create an internship program at Dunbar H.S. to help provide a stronger pathway from education to apprenticeship to jobs. And to work with the local unions to that end as well. Safety in our neighborhoods will require the cooperation and participation of all community members, from law enforcement to the local neighborhood watch. We are working with the community to shut down problem business and buildings. And advocating for more resources and accountability. We are also looking at this issue comprehensively and bringing jobs, beautification improved infrastructureand development to the community. Finally we need to look to create long term, sustainable, progressive revenue streams in order to fully fund education, vital city services and pensions. My legislative priorities will continue to be to bring parity to how we prioritize and spend precious city resources, including jobs. I will also continue to focus on ensuring that our neighborhood schools' curricular and co-curricular programs are funded, and that our communities are safe.