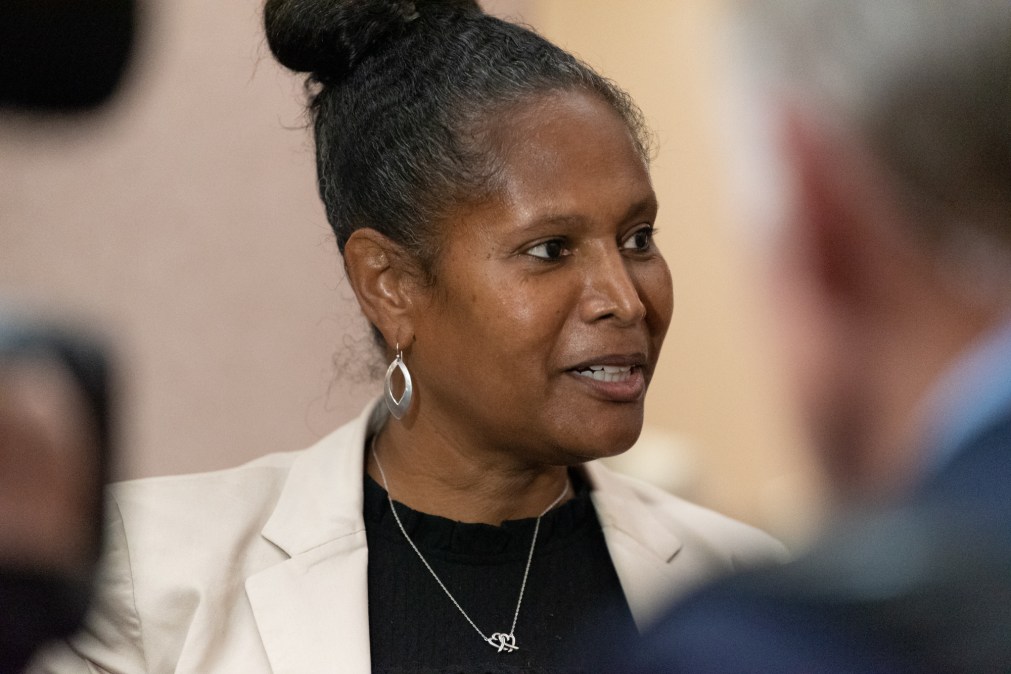 King announced her bid for mayor in a campaign video that opens with her talking about how she will tackle violence in the city.

“Violence is not an abstract problem to me,” King says in the video. “I have seen the pain it causes way too many times. There’s no question about it, we have to hold the people who commit violent crimes accountable, and we have to hold our leaders accountable too.”

“I love this city,” King continues. “We need a Chicago that’s safer and stronger.”

King says in the video that she is running for mayor “because we need more collaboration, not confrontation.”

King first took office in 2016 when she was tapped by Mayor Rahm Emanuel to fill the seat left empty by William Burns’ abrupt exit from City Hall. King won her first council election in 2017 during a special election, defeating Ebony Lucas and Gregory Livingston.

King has been a member of the City Council Progressive Reform Caucus since 2016 and was elected chair of the caucus in June 2020, replacing Ald. Susan Sadlowski Garza (10th) at the helm.

King has used her prominent role in City Council government to push for the inclusion of a non-police emergency response program in Lightfoot’s 2021 “pandemic” budget. She was also a leading proponent of the Empower Communities for Public Safety (ECPS) community police oversight ordinance which was approved in July 2021 and the proposed “Anjanette Young Ordinance” to reform the police department’s home raid protocols.

Policy disputes in 2021 snarled King’s relationship with the Lightfoot administration and other aldermen, including a zoning restriction King proposed on “home museums” that kicked up a backlash from some colleagues. The proposal led to a bitter personal dispute with Ald. Michele Smith (43rd). Lightfoot came out against King’s measure, and it was never called for a vote.

King also went against Lightfoot in her advocacy for keeping Mercy Hospital open. The alderwoman argued that the mayor’s administration overstepped its legal authority by reshuffling a new hospital owner’s legal public commitments. Lightfoot hit back, saying King would rather have let the hospital close.

Prior to becoming alderman, King got her start in the education realm where she worked as a chemistry teacher at Chicago’s Latin School, an administrator at Northwestern University and Chicago Public Schools, and a volunteer at Ariel Community Academy. In 2008, King was appointed President of the Kenwood Park Advisory Council by then-Ald. Toni Preckwinkle.

King grew up in Evanston and is married to Alan King, a house music DJ and Drinker Biddle & Reath LLP attorney. The couple are longtime friends of Michelle and Barack Obama and maintain relationships with other prominent South Siders.